This is a text widget, which allows you to add text or HTML to your sidebar. You can use them to display text, links, images, HTML, or a combination of these. Edit them in the Widget section of the Customizer.

A few years ago, as I was putting together a new forest dynamics simulator for Australia’s fire-prone landscapes, I realised that I needed a way to predict the number of seeds produced each year. I looked around and the only model I found was one calibrated on North American tree species (Greene & Johnson 1994). This clever model gave a first approximation of the mean annual seed crop based only on two things – tree size, and the mass of a single seed. It works using the classic idea of a seed size : seed number trade-off – in other words, tree species that have small seeds produce a lot of them each year. It also scales up the seed crop based on tree size, since larger trees have more resources to devote to the expensive business of reproduction.

I thought perhaps I could calibrate this same model for Australian tree species, but I soon hit a major snag – the lack of data. There was only one genus for which any serious work had been done to measure forest seed crops – our mighty eucalypts. Even then, hardly anything could be found in formal literature. Eventually, after trawling the depths of my University’s library, I found enough grey and published literature to put together a calibration. But there were further issues.

The Greene and Johnson model assumed all the trees were fully mature. Some of the Australian studies I had found included quite young stands, so I decided to include a maturity term in the model, as I figured this would help extend the model’s useful range. I also realised that the whole idea of the seed size : seed number trade-off makes the assumption that seeds themselves represent the full cost of reproduction from the tree’s perspective. In fact for eucalypts, a great deal of effort goes into making woody fruit capsules, to keep the seeds safe during fire.

I tested this idea empirically, and found that using fruit size measures, I could explain much more of the interspecies variation in Eucalyptus seed crops than I could with just seed mass. The effect was quite dramatic, especially when fruit size was expressed on a per-seed basis … effectively providing a measure of what it costs the tree in terms of woody fruit material when it wants to make a single seed.

Using this insight, I extended the Greene and Johnson model further, by using trait allometrics to map fruit size measures back to a seed mass equivalent value, so it could be plugged into the original model framework. And it worked! I now have a calibrated model that can be used to estimate mean annual seed production in temperate Eucalyptus forests. The new model has been published here, and I can now start work on implementing this into my simulator. And all the hard work of those forest seed crop researchers, who diligently checked their seed traps each month for years on end, has been put to a new use.

Here is a little story I wrote about my experiences so far with Silver Wattle (Acacia dealbata). This species is widespread in south-east Australia, and has become naturalised (actually a serious pest) in some other countries. In fact it’s about as far from being rare as you can get for a tree species, but that’s why I wanted to study it. I’m a modelling specialist, and I needed a native tree with a bit of existing literature on it, and one that was easy to find in the field.

This story (Adventures with a common wattle v19) was published in the May 2020 edition of the Australian Native Plants Society Acacia Study Group newsletter. Happy reading.

Forest floor moisture is a tricky thing to predict in mountainous terrain, but if it could be accurately predicted before a prescribed burn starts, it might make the process of planning and conducting a burn much easier.

In a previous project, I combined a number of submodels (including fire behaviour and fine fuel moisture) to construct a burn simulator.  In the simulator, fuel moisture was used to discern wet and dry patches in the landscape, allowing predictions to be made about those areas dry enough to burn. In this project, I looked at the amount of moisture in the topsoil under forest canopy in complex terrain, which is another way of quantifying forest floor moisture.

Using field data measured by my colleagues in the Forests and Water research group at the University of Melbourne, I constructed a microclimate model for air and litter temperatures under the forest canopy, then used these temperatures as input into a very simple soil moisture deficit model. Similar to the burn simulator, this allows high resolution maps of predicted forest floor moisture to be generated, just using a different set of physics and approximations.

Results were presented at the 2016 Fire Behaviour and Fuels conference (slide show can be found here), and have just been published in the March 2017 issue of the International Journal of Wildland Fire (click here for the abstract, and here for the paper preprint, courtesy of CSIRO publishing).

I’ve also put together an easy to read 1-page summary for practitioners and policymakers.

A useful spinoff of this work is that the forest air and litter temperature models can be used for other purposes…such as thermal habitat studies of shade-loving forest plants and animals. And I wonder what else ecologists can learn from fire behaviour specialists… since fire and forest organisms exist in the same environment, following the same laws of physics.

In Australia there are a number of software packages that can predict the progress of a major bushfire. Software such as this can save lives, by predicting the areas most like to be seriously affected, which can help with the planning of fire fighting and evacuations.

In eastern Australia, the most widely used bushfire model is PHOENIX RapidFire, developed by A/Prof Kevin Tolhurst and Derek Chong at the University of Melbourne.

In 2014-2015, I was working at the University of Melbourne on a collaborative project with CSIRO which required calculations of the smoke emission rate (expressed in carbon terms) from bushfires and prescribed burns. The bushfire part was pretty straightforward – the fuel consumed in each model time step could be converted to carbon.

However, we had no equivalent model for prescribed burns… so I developed one.

It was a fairly simple algorithm compared with bushfire simulation, making use of a fuel moisture sub-model that is built into PHOENIX, originally developed by Dr Stuart Matthews. The model is briefly described in this extended conference abstract:

For more details about how the burn model works, see this blog post. 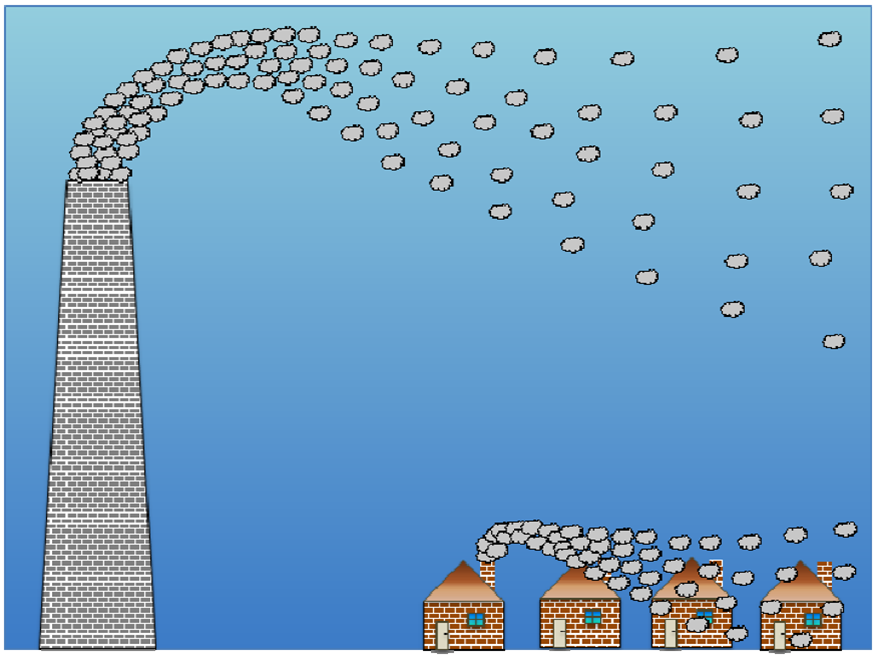 How do you predict future environmental impacts? Well you need a particular type of time machine – future scenario modelling – and it needs to be tested before you launch…

In this case, a project was set up to predict future air pollution levels and their consequences for human exposure, in the year 2030, and model predictions were tested against historical measurements.

This project resulted in a number of publications, some of which are attached to this post:

[3] Another short conference paper on population exposure, using an innovative method which accounts for a mobile population:

More details about this project, including video animations of results, can be found here.

This is a technical report that I prepared whilst working as a Research Fellow with the University of Melbourne. It describes a method for linking a fire behaviour model with atmospheric modelling of smoke plumes. It also describes an innovative model for simulating prescribed burns. This work was undertaken as part of a collaborative project with CSIRO Marine and Atmospheric Research – Australia’s top specialists in atmospheric pollution modelling.